I watched The Mind Robber first, because it was available on Netflix Instant View, before I switched my account to rent Doctor Who DVDs. This was my reaction at the time:

The first Patrick Troughton episode I’ve seen and I like him XD He’s overacting like crazy and he’s so prone to panic and desperation!

So the TARDIS gets stuck in a lava flow, some control jams, and the Doctor and his companions have to go outside reality to escape; then the TARDIS explodes, and they get stuck in this world where aliens with no imaginations rely on human works of fiction (thus why I decided to watch it) and want the Doctor to take over as “The Master” (…of the land, not THE The Master), their head writer.

I really enjoyed this, it was ENTERTAINING XD Especially at the end, when the Doctor gets wired up to the master computer and finds that he can fight the master by god-mod roleplaying! Watch that at 10:30 into this video.

The Evil of the Daleks is one of many regrettably lost episodes from the black and white First and Second Doctors’ eras, and while most of Hartnell’s best stories have survived, it seems that a large chunk of Troughton’s best exist only as audio. This one in particular was once voted the all-time fan favorite. In it, the Doctor works with the Daleks to instill some of them with “the human factor,” which the Daleks say will enable them to gain an advantage against mankind. Instead, the resulting Daleks are peaceful, curious and childlike. The final ten minutes of the serial, featuring the (or a) Dalek Emperor on Skaro, has been fan-animated relatively well, and it is no thoughtless abuse of the term to say that it is epic.

I expect and hope that the whole serial will be professionally animated in 2D someday, as certain other missing episodes have been.

After my initial skepticism of Troughton’s portrayal of desperation when faced with sheer unreality (quite possibly actually a nightmare) in the “Land of Fiction” in “The Mind Robber,” I have now gained a great deal of fondness for him. He has a genuinely warm and caring demeanor and yeah, I just enjoy watching him. Also apparently he would have been great material for the fangirls if he’d only been a bit younger. 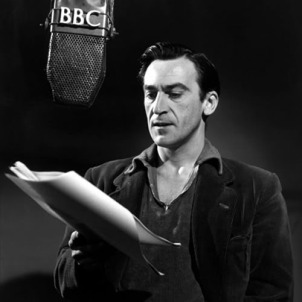 Tomb of the Cybermen

When I first saw the Cybermen in Series 5, I assumed they’d always looked that way, because it was a totally retro robot look. The old fans must be happy about that, I thought. But no, it turns out that design is entirely new for the revival series. I looked up the first appearance of the Cybermen in The Tenth Planet, which was also the First Doctor’s final serial. Top comment on the video, from tomontherun99: “Is it just me or are these probably the most disturbing of the cybermen? The faces may just be cloth but the weird movements, the organic hands and the weird speech patterns just make them seem more inhuman than the new cybermen.”

And actually, he does have a good point. But in Tomb of the Cybermen, they now have solid helmets, and no longer speak with the random pauses and emphases.

While researching the Cybermen, I discovered something else I’d had no idea of: that the Cybermen in A Good Man Goes To War and Closing Time were the first of the original Mondasian Cybermen to appear in the revival series, while all previous appearances had been of the beheading ones from that alternate timeline in which Rose’s father was still alive. This explains why they didn’t try to behead Craig in Closing Time.

The thing is, THEY LOOK COMPLETELY IDENTICAL, aside from an emblem on their chests. I find this incredibly bizarre.

This only makes sense if “our” original Cybermen from Mondas (the tenth planet) came into contact with the ones from Pete’s World, sat down for tea and a game of chess, and adopted their armor design. Somehow including the ones that had been buried in Closing Time for hundreds of years. And assuming it even worked as well with a human body inside and powering it (our Cybermen) versus a completely robotic body (Pete’s World Cybermen). More likely, this is really just a retcon of their appearance to make them more acceptable for modern TV. The same thing happened to the Silurians, a change explained in-universe by saying the classic series version was a different species/subspecies, and criticized by fans for hypocrisy in humanizing the appearance of a monster that was meant to shame humans for our intolerance of anything different from us. But really, could you imagine this in the new series? They looked more like fish monsters than reptiles. THIS is a reptile man.

So with all this redesigning, why do Daleks still have plungers for arms? The designers of the original Daleks actually stated, in the documentary on “The Daleks” DVD, that they only used plungers because they ran out of money and couldn’t give them a mechanical hand.

Hey, here’s an explanation for why every single one of the Mondasian Cybermen, even those buried for centuries, looks like those from Pete’s World now: the Pandorica’s reconstruction of the universe. It mistakenly copied the Pete’s World Cybermen’s design onto the Mondasian Cybermen. Except that according to the TARDIS Index File wiki, the Series 1 episode Dalek, preceding the reconstruction of the universe, featured the head of a Mondasian Cyberman. I assume it was already redesigned.

Superficial Comments on a Female Companion

So I saw this picture in a post listing all the companions, and I was like whoah, who’s that? There’s this weird thing going on with Deborah Watling’s Victorian girl Victoria Waterfield, where the more modestly she’s dressed, the more I want to see her. Here she is in the TARDIS in her Victorian dress, which I think is just great, and only lasts a minute. Then there’s this fascinating frilly lace outfit in that above linked color promotional photo from The Abominable Snowmen, a serial of which only the second episode survives. And yes, I watched that episode just to see her in that outfit. I’m so weird. Disappointingly, in Tomb of the Cybermen she does a couple of face-palm-stupid things, which made me realize I’ve been taking for granted Amy’s talent for not doing anything like that. Fighting monsters is not really a great place for a Victorian girl to be, though. A story like The Beast Below would be better, or A Christmas Carol – although Ember technically is a Victorian world any way, but I’d only half-classify Katherine Jenkins as a Victorian girl. Partly because when I was watching it I was remembering this un-classy promo shot. (But on the other hand,she was singing to a shark and I was like YEAH SHARK LOVE <3)

I still haven’t reviewed Tomb of the Cybermen, have I? It’s good. Dunno about “killer.” Good pacing with a nicely done long buildup to the appearance of the Cybermen, which is impressively dramatic. A couple of irritating bad guy human characters. Cute cybermats. Also there’s an “American” with a fake accent, which makes me wonder why it was so hard to find real American actors in England back then. Actors’ union/guild laws, perhaps?

I’ll come back to Patrick Troughton’s era when I’m caught up through The End of Time. His final story was The War Games, as reviewed here:

I’m afraid I can’t recommend Patrick Troughton’s final story, The War Games, which was written during a period of considerable turmoil behind the scenes. No less than three stories had fallen through, and scripts had to be rushed forward to fill the gap. In the case of The War Games, what was once a six part story ballooned to ten parts, and the padding is more than obvious. The whole thing turns into a boring runaround.

The story is notable only for its final episode, where the Doctor concludes that he can’t resolve the situation on his own and asks for help from his own people, the Time Lords. This is only the second time that we see some of the Doctor’s people (the Meddling Monk’s two appearances amount to the first), and the first time we hear the phrase “Time Lords”. The all-powerful Time Lords do manage to clean up the mess, but then grab up the Doctor and put him on trial for stealing a TARDIS and interfering in the lives of lesser creatures.

The Doctor’s speech to the Time Lords is a highlight, acknowledging his “crime” and lambasting his people for standing idly by while evil flourishes. The Time Lords’ verdict, to exile the Doctor to Earth during a period of considerable calamity so that he can practise what he preaches, is inspired, and sets the stage for the seasons to follow.

Sadly, there appears to be no mid-length version longer than this bizarre truncation. I’d make one myself if the story appealed to me more. I agree though, the final part is indeed must-see material.

While I believe Steven Moffat is much more a fan of the show in general than I will ever be, I question his statement as relayed here:

Steven Moffat replied that he wanted the Corsair to be less like the Doctor because the Doctor “does what he does for reasons too vast and terrible to relate”.

But the Doctor explained perfectly well, in the final part of The War Games, why he does what he does. It’s simple and complete; there’s nothing vast, terrible, or mysterious about it. It’s obvious. But then, Steven Moffat also thinks that everything between (but not including) An Unearthly Child and Spearhead from Space was crap. Oh well. He’s done an 80-90% good job so far; I just hope he doesn’t badly botch the Fall of the Eleventh. And how can The First Question possibly be answered in any kind of an interesting way, let alone become a turning point for the entire universe? What’s his game with that? I wait with intrigued skepticism. ಠ¿ಠ

2 thoughts on “Patrick Troughton, I Think That You Are Freaking Awesome”